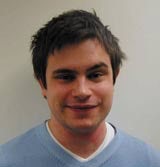 The regional press industry is showing encouraging signs of growth. The Audit Bureau of Circulations’ (ABC) concurrent release for July to December 2004 provides much food for thought: with 99.4 per cent of all regional copies being actively bought, the sector looks in rude health.

The success of weekly paid-for regional titles underlines the trend of migration from cities to rural areas. Regional press runs news items not covered by national press – key for newcomers to a social environment. And, often, this news becomes of national importance – the Harold Shipman story originally broke in regional press, and one only has to look at Sky Sports News to realise how many breaking football stories are sourced from regional titles.

The most interesting aspect of the ABCs is the improved circulation of titles that have received increased investment. For instance, The Daily Post, which covers Liverpool and North Wales, has been able to show a group increase year on year. This is in no small part due to the title’s revamp, which has led to a much-improved product – clearly the research undertaken has led to a greater degree of understanding of the readership, which in turn has resulted in a title attuned to the needs of its local community.

Herein lies the strength of regional press: a solid awareness of the motivations and variances of the readership. Once this has been achieved, a regional newspaper can re-establish itself as the indispensable voice of the local community.

Similarly, the success of the Teesside Evening Gazette, which after considerable investment and consultation has relaunched itself as a compact, demonstrates the value of continual re-evaluation of the readership’s requirements. Investment in the Birmingham Post and Birmingham Evening Mail printing presses shows a continued will to improve the quality of print and, therefore, the product.

While the profit generated by the success of regional newspapers funds the excesses of certain nationals, it is clear that this profit centre must be nurtured and protected. In an increasingly fragmented media landscape, research, money and insight must be invested to ensure the continued performance of regional newspapers.

The prosperity of regional titles also demonstrates consumers’ desire to understand their local environment, highlighting the unique selling point of the medium. The fact that the introduction of Metro appears not to have influenced circulations supports this.

Stories covering the deficiencies of a local bus route or the pedestrianisation of a local city centre are rarely elevated to national status, but remain of vital importance to the community, and regional press is unique in operating as the mouthpiece for local concerns.

The medium remains a vital part of community wellbeing, but also as an instrument of democracy. The big publishers have a responsibility and an obligation to invest in regional newspapers to breathe renewed life into the medium.l