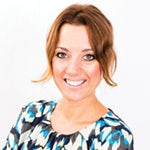 What do we mean by disruption? Disruption signals a departure from the norm and disruptive marketing bucks the trend of traditional marketing techniques that have become overused or outdated. Three iconic brands whose innovative approach to marketing has led to effective disruption are Virgin, Apple and Beats by Dr Dre.

They are all examples of successful brands that have employed a disruptive approach to marketing, engaging consumers and ensuring they are noticed above their competitors.

What do they have in common? They have authenticity in bucket loads, they are innovative in their approach, they drive emotional connections and are culturally relevant.

As John Hegarty, one of the world’s most famous advertising creatives said: “Nobody bought anything while they were asleep. The first objective of any communications plan is to get noticed”. Byron Sharp in his book How Brands Grow, highlights that the past world view was focused on communicating a brand message, whereas now it is about getting noticed by consumers. However, it’s not only left to advertising to create disruption anymore – this is no longer enough. Being noticed requires many different marketing levers, from distinctive packaging to the right distribution but if we want to be noticed, we need to affect memory structures via our marketing with the brand front and centre. Where consumers are looking for authenticity, cultural relevance and emotional connections, PR plays a pivotal role.

Don’t be scared of failure

One brand that has disruption written into its DNA but is also not afraid to court controversy is Paddy Power. It doesn’t have a head of PR but instead a head of mischief, which demonstrates how far it is willing to go to put disruption at the centre of its marketing and company ethos. Alongside sales, it is a fair assumption to make that Paddy Power measures success through how much noise and news it creates. This disruptive approach can only leave its competitors trembling in its wake.

Betfair, for example, became the butt of the joke, when it was accused of trying to pull off a disruptive publicity stunt, when a truck carrying a giant Octopus (from one of its advertisements) broke down in the centre of Oxford Circus causing widespread negative PR and social backlash.

The archetypal PR stunt is designed to help a brand stand out and get people and influencers talking but often this comes with high investment and high risk attached. The sentiment of the noise generated from a stunt needs to be more positive than negative in order to be deemed a success. And where Paddy Power wins is that on balance it is applauded for its audacity and bravery whereas a one off attempt for publicity (if indeed that is what it was) by Betfair resulted in a more cynical and negative consumer response.

With brands lying exposed and vulnerable to attack – where social media channels are prolific with reviews and comments updated in real-time, it is fair to say that chasing a headline must be approached with caution.

Add layers and always be rooted in culture

A more strategic and scientific approach needs to be adopted. It is no longer okay to opt for what will make a photo story, since you are dependent entirely on the news agenda that day, which is risky.

Pre-seeding, multi-layering and every possible angle (and risk) needs to be thought through. For brands to be culturally relevant there is more pressure than ever for marketing to operate on all levels, in real time. Lynx’s ‘Sorry if it had anything to do with us’ tactical ad after Prince Harry’s reveleries in Las Vegas were caught on camera, was PR gold dust, driving buzz by tapping into the cultural zeitgeist.

Disruptive marketing should not stop with the people with whom you directly engage but continue through social media, across all digital platforms and traditional PR to reach the widest possible group of influencers.

All disciplines need to work together to drive credibility and relevance for the brand. For our client, Premier Foods, we worked with advertising agency JWT on the ‘Life is Better with Cake’ campaign for Mr Kipling, which centred on a disruptive out-of-home execution the world’s first edible billboard in Westfield.

With strategic PR support employed at the right time, in the right way, it was possible to build news value around the execution through a credible research angle about what makes consumers lives better as well as a photo call resulting in widespread national coverage and a role within social conversations.

Remember trust takes years to build and seconds to break. As one of the most powerful custodians of brand reputation, PR is now a serious player within the marketing mix. At Cirkle, our USP is focusing on influence in the round, where we support clients across their entire network of influence, from trade audiences, including customers and trade associations, right the way through to consumers, media, bloggers and wider opinion formers who can generate positive influence at scale.

Daring and disruptive PR should not only generate news for the sake of it but be part of a strategic, longer term, loyalty building plan that gets influencers to engage with the brand and consumers to change their behaviour, while protecting and enhancing the reputation of the brand.