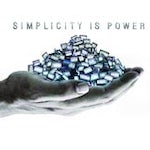 The global interactive and print ads have been created by creative production studio Taylor James and Young and Rubicam San Francisco. The campaign is made up of 12 separate deliverables- six print and six animations.

The deliverables, titled: Launch, Virtualisation, Crush, Mound, Bass and Cheetah combine the use of both live action scenes and photography with CG imagery. Each deliverable highlighted the strengths and benefits of Citrix Systems remote IT services.

Brendan Haley, creative director for the campaign at Taylor James, says: “Taking on each of the different deliverables posed six unique CG challenges for the team including, animals with fur, splashing water, crushed-metal simulations… essentially a bit of a who’s who of what has historically been regarded as difficult to do in CG, but it was a challenge we relished. From the storyboards provided, we created 3D animatics to take on set, which were important visual reference for the actor to mimic movements and match timings. images seamlessly, including our last minute Bass deliverable, shows its standing as a fully capable production team. We couldn’t be happier with the outcome.”

The Newspaper Marketing Agency (NMA) is planning to make “topicality” a central plank in its campaign to persuade potential clients of the benefits of the print medium.

Beatbullying, the anti-bullying charity, is launching a controversial £1.2m ad campaign, which sees a girl stitching up her own mouth.