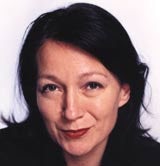 Another year and yet another survey confirms City analysts would (in theory) like to know more about advertising and promotional spend, and want marketers to make data more readily available.

I say in theory, because wanting more information is like wanting more communication: it’s dependent on how much people are prepared to listen, and whether they’re likely to put this knowledge to any good use.

A recent survey of 50 City analysts for the IPA by Populus makes interesting reading. It highlights the significant minority of analysts (a third) who regard the relative importance of intangible assets as highly or enormously important. When asked to put a percentage estimate on the importance of intangibles, the average guesstimate was 42 per cent of total market capitalisation. That’s a significant under-estimate if you look at the total market cap of FTSE-listed companies, as it’s actually nearer 70 per cent. So, even if they think they are important, they don’t value intangibles nearly enough.

The eternal conundrum, of course, is why this should be the case, how much it matters and what can be done about it. Again, the analysts point to lack of information and the “black hole” of marketing spend as a reason why they rarely refer to non-financials, and there is a renewed call for greater transparency.

Yet, the real issue is much simpler. Whether we like it or not, there remains an emotional as well as a practical block to getting marketing issues on the regular corporate and boardroom agenda. A couple of recent, seemingly unrelated, examples highlight the issue and suggest a way forward.

First, I recently received a letter from a chief executive of a FTSE-listed company, to whom I had sent a book on branding. He wrote a very polite letter thanking me for the book, but his second sentence included “although branding is not our main preoccupation”. A real giveaway, in that what he almost certainly meant was: “We’ve got a logo, thanks very much, and I don’t want someone to be twiddling with it at great expense.”

We can demonstrate without too much difficulty that “brand” is the most important and sustainable wealth creator in any business. It makes rational, financial and operational sense that it should be a central preoccupation for any chief executive – indeed everyone in the organisation. After all, if you don’t have a brand as the central organising idea, you’re just a group of people doing stuff competing against another group of people doing the same stuff. Branding ensures sustainable competitive advantage is stitched into everything an organisation does.

The second incident was a conversation I had with a senior marketing director. He said, most convincingly and with feeling, that he had to “get the brand out of the marketing department” to move the company forward. While this might be obvious to some, his comment showed real understanding about the constraining beliefs that prevail in so many companies. If the CEO is not a brand believer, marketing won’t be taken seriously in the boardroom unless expressed in terms of hard finance and corporate governance.

The point of all this is not simply to plug brand valuation. Alright, that’s a good start because it can be used as a critical performance measure. Which is exactly what Samsung (the world’s fastest-growing brand in terms of value) does. The important point, however, is for us to start using terms like “brand governance” rather than rely on generic corporate governance.

We need to start demonstrating how a brand-focused approach keeps a company out of trouble and can even create some competitive advantage out of the millstone of tedious administrative costs.

Ensuring that brands are seen as hard assets can also change the way marketing spend is perceived – investing in a critical asset, rather than straight revenue generation with immediate return on investment, and cut-off if this doesn’t work.

Now, that may be a bridge too far. Nevertheless, more transparency about marketing spend should be useful – at least it would be an incentive against swingeing cuts once companies knew that they were being critically compared to their peers. Yet, we should not pretend all marketing investment is the same, or has the same effect, which is the danger of analysts looking at spend alone. But hey, that is a competitive branding job for marketing services agencies.