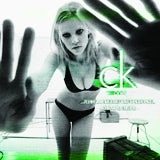 The CK One campaign aims to bring Calvin Klein’s jeans, underwear and fragrance categories together into a unified concept and will feature an all-star cast of models, artists and performers including Dutch supermodel Lara Stone, Pixie Geldof and Alice Dellal.

The campaign will integrate video, social media, outdoor, smartphone apps and a dedicated website which will act as a “hub” for all the activity.

Calvin Klein says interactive user-based experiences will be a “key focus” for the campaign and consumers will be encouraged to upload their own videos on the microsite, which will be positioned alongside videos of the cast.

Users will also be prompted to view and share profiles with the campaign cast members and answer questions from the cast.

The campaign will also be supported by mobile apps for iPhone, Android and Symbian with social media integration and augmented reality programs. The apps will allow users to communicate with the cast through videos and other social media.

LED billboards in locations such as New York City, Los Angeles, London, Paris, Hong Kong and Barcelona will also host the campaign. The outdoor creative will be encourage users to download a CK One app to scan QR codes and unlock more content including exclusive videos.

President and CEO Tom Murry says: “This is an important global multi-product launch and represents the company’s largest digitally focused campaign to date. The emphasis on social media and the interactivity of this campaign serve to redefine the CK One brand for a new generation.”

Teaser activity has already appeared online, with the full reveal launching on 1 March. 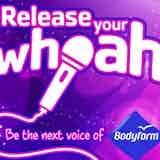 Bodyform is bringing back its iconic “Whoah Bodyform…” advertising slogan with an integrated talent show style campaign to find the next voice of its ads. 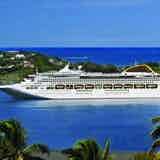 Cruise company P&O Cruises is overhauling and rebranding its loyalty scheme as the P&O Cruises Peninsular Club from April next year.