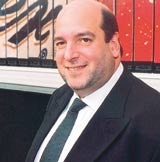 Clear Channel has teamed up with Moore Media in a joint venture to win the seven-year deal, worth about &£10m. The contract was previously handled solely by Moore Media. Clear Channel claims it was given the contract following a five-way pitch against other poster companies.

The contract will include roadside billboards in the London borough of Kensington and Chelsea, and sites inside both venues.

Sales for the roadside locations will be handled by Clear Channel Billboards, which is headed by the company’s managing director, Jonathan Lewis. The new sites will be a mix of LED screens and traditional billboards and will include a 21-metre long billboard. They will be built and upgraded this summer.

“We will upgrade all the displays and will install LED and plasma screens inside the venues,” says Lewis.

Moore Media will be responsible for marketing the internal and external space for exhibitions and special events at the venues.

The two venues stage a wide selection of events including the Brit Awards, the Boat Show, the Ideal Home Exhibition and pop concerts. The venues attract about 2 million visitors a year.