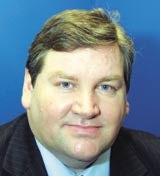 The account, which went up for review in December (MWDecember 16, 2004), covers the brand’s three stations in Wales, Scotland and Yorkshire. The pitch was overseen by GMG radio chief executive John Myers.

The agency will create a new campaign, including television and outdoor, for each region to develop the brand while retaining its family appeal. The creative work will break throughout the year.

The Real stations in Scotland and Wales are the leading commercial stations in their regions, according to Rajar. Rajar figures for the quarter ending December 12, 2004, show that the three stations have a 10.8 per cent share of listening, up from 10.1 per cent on the previous quarter, and a weekly reach of over 1.4 million.