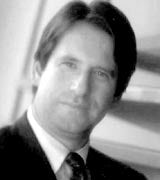 Former SPCA president Clive Mishon has called for action instead of words over one of the most controversial subjects to hit the industry – payment by results (PBR).

Mishon, speaking at the Marketing Promotions Summit in Madrid last weekend, says it is time to stop discussions and act on the issue, which has been hanging over the promotions market for the past two years.

He says: “The announcement by P&G two years ago that it was switching all agency dealings to PBR was a wake-up call.

“The advertising industry is ahead of the sales promotion sector because it already has an infrastructure on which to base the PBR concept.”

Last year, the Institute of Practitioners in Advertising and the Incorporated Society of British Advertisers launched guidance notes to define industry standards for the adoption of PBR.

It is believed that in three to five years, half of all contracts between agencies and clients will include PBR.

Mishon is attempting to set up a forum of clients and agencies to create benchmarks on which an effective infrastructure for the promotions industry can be based.

He believes that the varied way that promotional work is measured will cause problems if a move to PBR takes place. Mishon says a decision must be made as to whether the benchmarks should cover an entire campaign or just certain work.

With backing from nine major airlines, and a marketing budget 20 times that of its nearest rival, Opodo looks set for take-off.

BT’s new ad is spectacular, but says nothing about brand value. The former monopoly must stop generic telecoms advertising and tell us about itself.