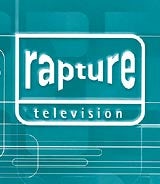 Rapture TV, the youth television channel, is seeking a creative agency to spearhead an advertising push worth up to &£3m next year.

The channel, which started broadcasting 24 hours a day last July, has moved its media planning and buying account out of BBJ and into MJ Media, a subsidiary of Total Media.

Managing director and founder Adam Stanhope – former chief executive of Initiative – refused to comment on the ad agency review, though it is thought to be going through the AAR.

But he says: “We are coming up to another big stage in our development. We have been 24-hour for a while and now it’s a question of putting some oomph behind it.”

He says that the budget will be increased for the ad drive, and that it could be worth between &£2m and &£3m. Rapture, which is owned by Lord Hollick’s United Business Media, is positioned as the UK’s first, and currently its only, channel to focus on clubbing, and is mainly available on digital channels.

The station has recently hired a marketing manager, Sarah Hodkinson, who is running the pitches. Previously, she was marketer for Music Magazine.

Rapture has a production team of 40 in Norwich which Stanhope says is facing “marginal” cuts, with some six people facing redundancy.

Christmas does indeed appear to be a period of devotion to two powerful deities. The religious aspect of Christmas has been essentially unchanged for many centuries, at least according to my limited knowledge of Christian history. Those who believe in the events represented in the Bible cherish that belief and base the season’s activities around […]

The Greater London Authority (GLA) has selected corporate identity designs by EURO RSCG Wnek Gosper, putting the agency in pole position for a place on the roster for its £10m account. The agency, which helped Ken Livingstone to victory in the mayoral elections, won a three-way pitch against Future Brand and Springpoint. The selection panel […]

MediaCom TMB has won the £5m Young’s Bluecrest Seafood buying and planning account after the business was moved out of Starcom Motive. A pitch was held following the merger of the Young’s and Bluecrest frozen food groups. The account will be worth £2.5m until March next year, but the budget is expected to double during […]