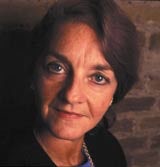 Smith will be working as a consultant on the membership brief at the Co-op until early next year. She gained experience of working with co-operative societies when she was an interim marketing director at Liverpool Victoria Friendly Society in 2000. She is also a former marketing director for Mazda and the RAC, and worked on the launch of First Direct in 1989. The Co-op plans to bring back its “divi” – the group’s dividend for members paid out according to how much a customer spends – in a drive to compete against other high street retailers.

The dividend, phased out in the early 1970s, will be part of a complete membership programme that will embrace the group’s funeral, pharmacist, financial and travel services as well as retail.

The Co-op now plans to charge customers a pound to be Co-op society members. They will be issued with a card to measure their spending across all Co-op brands and they will be entitled to a proportionate share of Co-op profits.

Smith is talking to advertising agencies with the help of the Haystack Group about handling a campaign for its membership programme.

Marketing and financial services company SP Holdings has bought The Interactive Sports Store, which operates a number of sports-related online stores. SP has also been acquiring a range of companies in the marketing, sponsorship, television and new media sectors. Recent purchases include Swiss company TSE Consulting, which advises governments and cities on bidding campaigns for […]

Chelsea’s decision to end its sponsorship deal with airline Emirates a year early shows determination to make the club a global brand.

PokerRoom.com has signed a six-figure sponsorship deal with telegraph.co.uk to launch a new fantasy poker section within the online newspaper’s site.