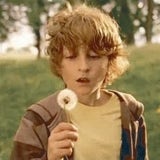 The Co-op will aim to “prompt new thinking” with a multiplatform campaign in January that will encourage shoppers to choose their local Co-op over the often edge-of-town sited Tesco, Asda, Morrisons and Sainsbury’s stores.

The retailer’s commercial director Sean Toal says it will have completed its integration of Somerfield stores by March next year and so “now is the time for the Co-op to communicate its point of difference”. The Co-operative Group completed the £1.56bn purchase of Somerfield last year.

Over the past two years the business has focused on brand-building campaigns and communicating changes within the business, says Toal, but it now wants to work on changing customer perceptions.

“Our market share has catapulted since the Somerfield acquisition and we’re now the fifth largest supermarket group. We’re definitely in the same league [as the major four] but we are very different in terms of proposition, ownership and the values the business has,” adds Toal.

According to the latest Kantar Worldpanel grocery share figures, the combined Co-op and Somerfield business holds a 7.3% share, up from 5.3% before the acquistion.

The multimedia campaign, developed by TBWAManchester, will launch on 3 January.