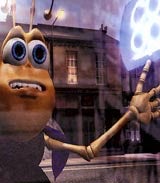 The move reflects the retailer’s desire to strengthen its hold on trading in small towns. At the same time it has decided to reduce the number of superstores in the face of fierce competition from supermarket chains, such as Asda and Tesco.

The market town concept will include signage featuring the name of the town and store exteriors designed according to location. In-store posters will give customers information on Co-op’s position on issues such as animal welfare, food labelling and advertising to children.

The roll out follows the trial of the concept in Aberlour, Scotland, and has been refined following trials at three new stores in Scotland and Nottingham. Last week, the retailer opened a market town store in Maltby, South Yorkshire.

A CWS spokeswoman says: “Our strength is in the marketing town and we intend to play on this.”

In May, CWS reported group profits of &£130m on sales up 5.5 per cent to &£3.4bn. The performance was diluted by an account from its leading retail director, Malcolm Hepworth, who forecast closures for 26 superstores.