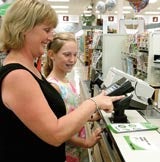 The Co-operative Group is to become the first UK retailer to allow consumers to pay for their shopping by scanning their finger prints.

Three stores in the Oxford area will pilot the technology from this week. Finger-scanning equipment has been provided by Pay By Touch, a biometric authentification company.

The technology is popular in the US where more than 2.3 million shoppers are using Pay By Touch across 2,000 retail locations, but this marks the first application in the UK. Consumers’ fingerprints are linked to their bank accounts and the Co-operative Dividend card loyalty scheme, allowing them to pay for goods through a finger scan alone.

Bill Laird, retail chief operating officer of Midcounties Co-op, says the scheme saves time with shoppers, who don’t have to hunt for cards or cheques.

Meanwhile Mastercard has announced the first European trial of its PayPass contact-less technology with banking partner Royal Bank of Scotland (RBS). Traders – including McDonald’s and cinema chains – use the system in the US, which allows consumers to purchase low-value goods without having to take the card out of their wallets.

The card has built-in antenna technology – as well as a standard chip and a magnetic strip – allowing payment details to be transferred to PayPass terminals using short-range radio waves.

RBS plans to start a trial in the summer involving 500 staff and partner retailers, including supermarket giant Tesco, fast-food outlets and hairdressers. Transactions up to &£10 will be allowed via PayPass.