The initiative will be supported by a national marketing campaign focusing on the theme “There is an alternative”.

The campaign will include regional and national print, broadcast, digital and social media. A PR campaign will also be handled by the R Consultancy and Ethos PR.

Ed Mayo general secretary of Co-operatives UK, says: “Co-operatives Fortnight is going to do for co-operation what Fairtrade Fortnight has done for third world coffee, bananas and chocolate.”

It aims to promote a co-operative economy by highlighting the role of co-operative organisations across sectors including financial services, housing, retail, food and football. 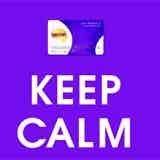 Nectar is positioning itself as the saviour of consumers with an advertising campaign to push its loyalty scheme ahead of an expected rise in VAT.