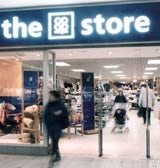 The Co-op’s ethical stance has failed to make it a fit rival to the major retail players. But a modernisation plan and a pooling of resources, like last week’s creation of the Co-op travel group, could change that.

The co-operative movement, for many, is stuck in the dark ages with disparate regional societies operating a number of different services, from convenience stores and travel agents to funeral services and car dealerships, without the scrutiny of the City. However, it has managed to develop itself a role as the consumer champion, taking on ethical issues such as fair trade in a manner that many corporate giants, desperate to keep pace with consumer demand for greater social and environmental responsibility, would envy.

Once the UK’s largest retail organisation, the co-operative movement recognises that it has fallen behind the times since its heyday in the Fifties.

The movement developed a loyal following in the 19th century, providing members with products and services as an alternative to unscrupulous private traders, who were known to doctor produce and charge high prices. But the movement grew fat and complacent as the different co-operative societies focused more on defending their fiefdoms than working together to fight off commercial competitors.

Even the “dividend” paid to members, a forerunner to Tesco Clubcard and Sainsbury’s Nectar loyalty scheme, has not been enough to fight off rivals to its food retail business.

A spokesman for the largest co-operative society, the Co-operative Group, says: “It’s fair to say that the Co-op in the Seventies, Eighties and early Nineties had lost its way, but it has since reinvented itself.”

He claims the movement is going through a sea change, as it embraces modern trading practices and refocuses its businesses.

One such development is the move by five co-operatives – the Co-operative Group, United Co-operatives, Midlands Co-op, West Midlands Co-op, and Leeds Co-op – to pool the buying and marketing operations of their travel businesses into one organisation, called the Co-operative Travel Trading Group (CTTG) (MW last week). Combined buying power should deliver better prices for consumers and enable a common marketing strategy to be developed around the promotion of impartial, honest advice.

CTTG claims to be the largest independent holiday and travel distribution network in the UK, with combined sales of more than &£1.1bn, putting it alongside the likes of Lunn Poly and Going Places.

The creation of CTTG mirrors the formation of the Co-operative Retail Trading Group, which handles food buying and marketing for the movement. CRTG’s buying power has enabled the Co-op to compete with rivals on price and offer an own-label range.

Like the CRTG, the CTTG will have to prove its worth before other societies are prepared to come on broad. CTTG currently represents 90 per cent of the movement’s travel business.

Hugh Edwards, marketing director for TUI, which owns the Thomson and Lunn Poly brands, says: “The biggest challenge, in my view, is that they are going to have to create a common culture and way of working across the different businesses.” Holiday prices could also prove a problem, as TUI has made a promise to match the price of its own products to those sold elsewhere and to better them by ten per cent of the difference. Customers, Edwards says, “want a quality product at the right price” and impartial advice offering “breadth of knowledge rather than depth” will not be enough.

There is also the issue of branding. Although the 40-plus retail societies that make up the movement have common businesses – food retail, travel, funeral services and department stores – each has its own trading standards, fascia, store layouts and formats. The movement is undergoing an extensive branding exercise with a view to developing common branding for each of the main businesses.

Whether a common set of standards and branding can be adopted remains to be seen, as all the societies and each of their members will have to agree on them in accordance with the democratic structure of the movement. It is this “political” environment that industry commentators say has led to the co-op movement’s decline.

Richard Hyman, chairman of retail consultancy Verdict Research, says: “In the past, politics – internal and external – have always been more important to the co-operative movement, rather than commerciality”.

One advertising agency insider accuses the movement of being “byzantine” and says that it is ripe for a makeover in the same way the Labour Party has been transformed.

If politics get in the way of establishing a common set of standards and branding, the Co-operative Group stands to lose out most. It has renewed its commitment to the principles of the founders of the movement by introducing an ethical lending policy at the Co-operative Bank and online bank Smile, ethical investment practices for the Co-operative Insurance Society, detailed food labelling and fair trade products in its food retail business, and independent advice on holiday deals. The Co-op Group has also decided to focus its food retail business around the community and, after its acquisition of Alldays, it has become the largest food convenience retailer.

Leslie Butterfield, chief executive of Butterfield 8, the strategic brand consultancy advising the movement, says: “The Co-op is tapping into a change of mood. The values that the co-op movement has always stood for are becoming more relevant in a number of markets.”

Following a long awaited merger with Co-operative Retail Services, the Co-op Group recorded an increase in sales of four per cent to &£5.4bn and a 15 per cent profit rise, before dividend, to &£150m for the year to January 12.

But industry experts believe that while ethical policies may serve to differentiate the Co-op Group’s financial services arm from rivals, they will not be enough to attract consumers away from rival food retailers, such as Tesco and Sainsbury’s.

Mintel analyst Richard Perks says that the Body Shop, at its height of popularity, only succeeded because it was a “superb retailer” and not because of its ethical positioning. “People shop for the prices, store environment and product innovation,” he adds, not ethical products.

But the Co-op Group is banking on its ethical roots and practices to attract customers away from the larger and more price-competitive rivals. And the creation of CTTG is one step on a long trail of modernisation for the co-op movement, which it hopes will tip the balance in its favour.