I am sure exactly the same happened when Procter &amp; Gamble acquired Gillette a few years ago and that the organisational dust is still settling on Pfizer’s acquisition of Wyeth last year. The list doesn’t end there; just think about the likes of Lloyds TSB, GlaxoSmithKline and Astra Zeneca. Not everybody can be a leader in the new coalitions and the bigger party usually calls the tune. That said, I suspect Nick Clegg and his team may have secured more boardroom seats than Cadbury is now sitting on at Kraft.

Mergers and acquisitions can completely derail the most carefully planned career paths. One minute you are king of the show – almost untouchable – and next minute you are wondering if you have a job at all. Spare a thought for the Tory senior ranks that have now been displaced by Clegg, Vince Cable and their three other helpers. For years, the Conservative senior hopefuls will have been more than aware of threats from within their own ranks, but few will have imagined losing their seat at the top table in this way.

Coalition government sounds rather like all “agency planning” meetings when we bring together all of our agency partners around the same table in pursuit of integrated brand planning. In my experience, these meetings are remarkably civil as agencies do their utmost to prove they are a collaborative partner.

“Nick Clegg and his team may have secured more boardroom seats than Cadbury is now sitting on at Kraft.”

But behind the scenes, I suspect that they are close to killing each other in the battle for a bigger share of the fee budget.
Just when the above-the-line agency has seen off numerous rivals in its own agency pitch, it now finds a completely new competitor is lurking. It is usually the below-the-line or public relations agency that has actually dared to have a better creative idea that could wipe out the need for ads altogether.

It is a useful reminder in life that your biggest competitors are not always the people you were watching out for. Stranger things have happened than forming a coalition agency.

Alcohol awareness charity Drinkaware is teaming up with the youth holiday operator Club 18-30 to promote responsible holiday drinking during the 2010 summer season. 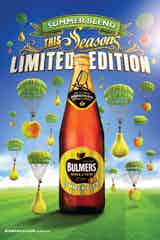