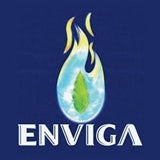 Coca-Cola and Nestlé are jointly plotting the launch of a new “functional” green tea-based drink called Enviga, which is designed to help burn calories.

The move marks an expansion of the partnership that saw the companies create iced tea brand Nestea last summer.

Carbonated and caffeinated soft drink Enviga will be infused with nutrients to burn calories. A single can serving will burn between 50 and 100 calories, it is claimed.

The drink has undergone clinical testing in the US, where it will be on sale from the autumn, and is said to speed up the user’s metabolism, though it is reported to only work once in a four-hour period. Enviga is expected to be rolled out in Europe next year.

The beverage, which will target consumers with active lifestyles, is expected to be launched in several different flavours, which will include green tea, lemon & lime and orange. The latest offering is likely to confound industry and consumer watchdogs who partially blame soft drinks manufacturers for the nation’s child obesity concerns.

It has also launched a range of functional drinks in the last year including Relentless (MW February 9) and Sprite 3G (MW August 4, 2005) in an attempt to capitalise on the health and wellness trends that have seen the growth of energy drinks, waters, juice and dairy drinks at the expense of fizzy drinks.