The drinks maker is gearing up to unveil the main part of its sponsorship campaign following its Trophy Tour launch in January. Coke says the campaign will reflect what football fan culture is like in different parts of the world in a bid to capitalise on consumer passion points such as music, culture and football.

Social data is underpinning the effort with the business claiming it will ramp up efforts to analyse and respond to real-time feedback from fans across 14 platforms during the World Cup. It says the tournament’s evening game times for the European market present the “perfect opportunity” to put the Coke brand at the heart of family occasions.

Speaking on a panel discussion at Advertising Week, Paul Dwan, head of assets and experiential at Coke, says the tournament will be used as a learning platform to shape future real-time marketing strategies – displaying the right promotion, on the right media, to the right consumer group, in a specific country, at the right time.

He adds: “It’s important for a brand like ours that has social at the beating heart of everything we do to keep the fans in mind. We’re constantly listening to how consumers are interacting with the World Cup.

“The biggest difference between previous tournaments is our focus on real-time marketing rather than pre-planned executions. That’s about having a right-time approach rather than being excessive. Our aim is to make those people watching at home feel like they’re part of the experience happening in the stadium.”

Dwan pointed to the brand’s marketing stunt around the opening game as an example of how its approach to fan engagement is evolving. The drinks maker is looking to unveil a flag made up of crowdsourced images ahead of the match between Brazil and Croatia.

Fellow World Cup sponsor Adidas is also exploring how it can turn real-time marketing moments around the event and its players into long-term loyalty and sales. The sportswear maker is developing a flurry of online content to target what it claims is a “new wave of younger football fans”, who want instant, statistical content. It is understood the company is planning to convert its social media hub around the Champions League into a platform for the World Cup.

Meanwhile, England national team sponsor Mars is planning to offer fans branded football shirts when they purchase a chocolate bar. The confectionery business is hoping the move has a halo-effect on the Mars brand at a time when kit supplier Nike faces criticisms from some fans over high shirt prices.

Tim Collins, managing director for Mars’ sponsorship agency Octagon says: “There is going to be a shift from World Cup brands who previously tried to convince fans that were fans also, to strategies an understanding around the passion for sport. There will be more brands developing content that adds to that experience of enjoying and understanding football.” 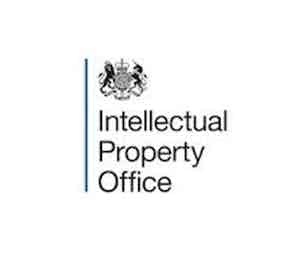 The Government is to launch a campaign to raise awareness of the value of brands among bankers after a report found the worth of such intangible assets was not being considered enough when financiers were determining the value of a company.