Coca-Cola’s two Christmas ads – ‘Holidays Are Coming’ and ‘The Letter’ – have been crowned this year’s most effective advertising in a year when nostalgia and tugging at the heartstrings has won for many brands.

Coca-Cola’s Holidays Are Coming was the top-performing ad in seven out of 10 key measures, according to data shared exclusively with Marketing Week by Kantar. It scored 96 out of 100 in terms of long-term return potential, 100 in terms of remembering the brand and 96 in terms of creating branded memories.

It also scored 88 for creating warmth and love for the brand, 93 for feeling different and 74 for making people feel more positive about Christmas – the only ad to score in the top percentile for this metric.

Coca-Cola’s ‘The Letter’ came second across six of the categories, while Aldi came third across four categories and gave Kevin the Carrot another strong performance this year, having come top in the research last year.

Speaking to Marketing Week, Kantar UK’s head of creative excellence Lynne Deason says the combination of nostalgia brought about by the Holidays are Coming ad and the feelings of warmth and love from The Letter combined to boost Coca-Cola’s marketing this Christmas.

“From a psychology perspective, we naturally lean on nostalgia at a time of crisis,” she explains.” When you combine an ad [in Holidays Are Coming] that already triggers that warmth and love of Christmas with an even greater need for it this year, it heightens that response even further.”

The strategies that worked this Christmas

Despite the difficulties of creating a Christmas ad this year given the changing parameters caused by Covid, there have been a number of strategies that have won out. While nostalgia and pulling on the heartstrings is one, ads that incorporate humour such as Aldi and Tesco’s have also performed well.

Overall, Aldi’s ad came in third while Tesco came in sixth of the 20 ads Kantar reviewed. However, not all humour worked. Lidl’s ‘A Christmas You Can Believe In’ was largely dismissed by viewers, with 52% thinking it was funny compared to 67% for Tesco.

Plenty’s ‘#XMess’ campaign also failed to get the tone right, scoring just one for being an ad that made people feel positive at this time of year and with a net of 36% deeming it inappropriate.

Disney+ took a strategy focused on escapism, with its ‘Make Christmas Wonderful’ ad for Disney+ knitting together a story through the films people watch. Respondents thought it felt both “comforting” and “familiar” and scored it highly, coming in fourth in the overall ranking.

Christmas with a conscience: How advertisers tackled the 2020 festive season

“A lot of different approaches have been effective and can be effective. I was a bit concerned after that wave of sadvertising we saw earlier in the year and consumers were as well because we found they weren’t looking forward to seeing Christmas ads as much as they have been in previous years,” says Deason.

“But people embrace hearing from brands when they have a unique voice and something to say. Some of these ads have played a real role in lifting our spirits and making us feel better. Tesco does it by giving us a laugh and making us reflect on the humorous side of things, whereas Amazon gives us that hopefulness through its insight. From a creative effectiveness point of view, it’s weaving those things together that gives you the outcomes for the brand.”

Overall, ads this year have performed about on par with last year, although Deason admits the effectiveness of campaigns from Coca-Cola, Aldi and Disney+ has helped pull up the results. Asda is one brand that has performed much better this year than last, coming 10th in 2020 where it was bottom in 2019.

Deason puts this down to a much better branded ad that scored in the top 25% in terms of its ability to create branded memories and people remembering the brand. It also scored 94 for how emotional it made people feel.

The ads that didn’t perform as well

Other brands, however, have fallen down the rankings. John Lewis and Waitrose’s ad ‘Give a Little Love’ was 13th on the list, performing well in terms of emotion but little else. The charity specific ad did even worse, with many feeling it was simply too sad.

Sainsbury’s also struggled, with its ‘Perfect Portions’ ad coming in last and ‘Gravy Song’ coming 16th. The research was conducted prior to the backlash from a vocal minority about the use of a black family in the latter ad, with the research suggesting the format had failed to land with audiences and didn’t feel like a Sainsbury’s ad.

It is perhaps Amazon that will be most disappointed with this ranking, however. Its ‘The Show Must Go On’ ad was the only one to put Covid front and centre and, while it scored highly on emotion (second only to Tesco) and being enjoyable, it failed because the brand wasn’t clear, leading to a lack of effectiveness.

It scored just eight for short-term sales likelihood, four for whether people would remember the brand and 18 for creating branded memories.

“It’s unfortunate for Amazon from an effectiveness point of view – although maybe they don’t need it this year given they’ll probably win out anyway – that the brand is very recessive [in the ad],” says Deason.

Kantar’s annual Christmas TV ad research asked 3,002 UK consumers what they thought about 20 of this year’s Christmas’s ads. The research reviewed the critical factors that have been proven to determine whether an ad will be effective; if it will motivate people to buy in the short term and if it will contribute to the brand’s success in the longer term.

Partnering with Affectiva, Kantar also used facial coding to find out how consumers engaged emotionally with each ad, determining the power of the ad to provoke an emotional reaction, and the nature of that emotion. 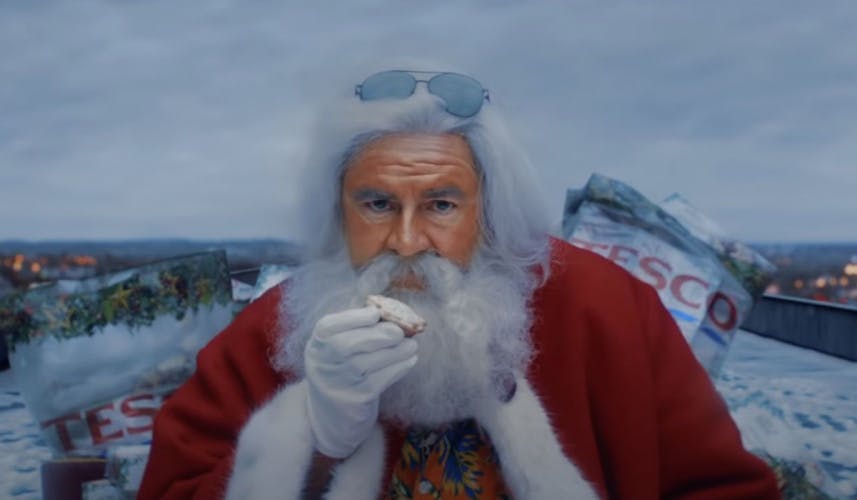