Speaking at the UK soft drinks industry conference in London today (13 May), Simon Baldry, managing director of CCE, warned that the climate change agenda was a core consumer concern and people were looking to brands to prove that they are putting sustainability at the heart of their business.

“Brands must embrace the task of being seen to be more sustainable businesses. Growth will always be a long term strategy, but it must be responsible by demonstrating its social responsibility efforts and its eco-sustainability measures. Consumers want brands to show that they are making a difference to the environment and their lifestyles – there has to be a balance,” he says.

Baldry said that CCE was already working towards these goals, with an aim to cut its carbon footprint by 15% by 2020.

Initiatives have included making packaging for bottles and cans lighter and using more recyclable content. The company is unveiling a new “plant bottle” made entirely with recycled content in the UK “shortly”, which it says will help Coca-Cola to reduce its carbon footprint.

It has also launched a nationwide recycling scheme in 55 cities, which is also present at major sporting and music events. Its refrigerators and vehicle fleets have also been modified to reduce their impact on the environment.

However, Baldry cautions that consumers need to know more about recycling efforts, and are hindered by confusion at the moment.

“People are confused about recycling because there are different rules by all the different councils across the UK. It’s a major frustration and the biggest barrier to real sustainability ambitions. This could easily be resolved with clear, more consistent guidelines. This is something we are aiming to tackle,” he says.

The brand is also working on a water stewardship plan, to replenish all the water resources they use. CCE’S moves on sustainability were endorsed by the Prime Minister, David Cameron, when he visited its plant during the recent election campaign.

Baldry also called for brands to play a bigger part in the on-trade space – clubs, bars and pubs in particular. He said they “don’t play as big a part as they should” and added “changing that is a huge opportunity that relies on re-educating the on-trade.”

The soft drinks giant lost its on-trade hold in the UK with rivals Pepsi overtaking Coca-Cola as the top-selling brand in the on-trade, according to the Britvic Soft Drinks Report 2010 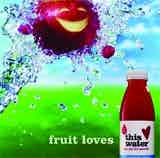 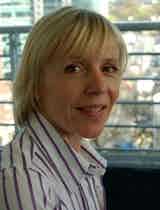 Sarah Green, director of marketing communication agency, Dialogue141 tells why card point of sale displays are a cheap, effective and environmentally-friendly way to get brand messages into the shopper journey.