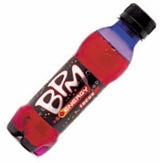 Coca-Cola Great Britain is to introduce the energy drink BPM to the UK in the summer, to take on rivals such as Lucozade Energy and Red Bull.

BPM, which is a dance music acronym for “beats per minute”, was launched by Coca-Cola Ireland in February last year with a campaign fronted by Matthew Holbrook from Channel 4’s Model Behaviour.

BPM is available in Ireland in coloured plastic bottles, rather than the traditional aluminium can of most energy drinks brands.

It will be Coca-Cola’s first entry into the UK energy market since Burn, which was launched in 2001 and is still available in certain parts of the on-trade sector, but has never crossed over into supermarkets.

Coca-Cola Ireland created an on-pack character called Jaxx for the launch to communicate the benefits of BPM for the target audience of older teenagers. It also ran an outdoor campaign.

The rate of growth in the European functional energy drink sector has slowed, but is predicted to grow seven to nine per cent annually during the next five years, according to Zenith International.

Chemistry has won Transport for London’s Â£2m direct marketing account after a pitch against EHS Brann.