Coca-Cola is launching a £10m advertising campaign to support a revamp of Diet Coke in the UK, as it looks to push more consumers towards its healthier options.

Speaking exclusively to Marketing Week, Aedamar Howlett, marketing director for Coca-Cola GB and Ireland, says: “One of the key things for us is to invest heavily into driving the growth of all our zero sugar and light drinks and across our portfolio.”

The brand is hoping that the Diet Coke reboot will work alongside Coca-Cola Zero Sugar and improve the growth of its light drinks —ahead of the sugar tax on 1 April.

The drinks giant has already revamped Diet Coke in the US, introducing four new flavours and a new can design. It is initially bringing two of four new flavours — Exotic Mango and Feisty Cherry — to the UK although there are plans to introduce others in the future.

The package redesign is also different in the UK. Led by Anthem Worldwide, it sees the iconic silver can made slimmer and taller with a larger logo faded into the background and makes less of a feature of the flavours than in the US.

Howlett explains: “We’ve worked very closely with North America but what we did do was test within GB and Ireland and listened to what they wanted and optimised it for them.”

READ MORE: The Diet Coke relaunch shows its marketers have lost the plot

The new flavours have already been quietly rolled out in many UK retailers, including Tesco and Boots. Diet Coke claims it has already seen a 3% uplift in sales, with Howlett adding that the company hopes the rebrand will recruit significant numbers of new consumers.

The ‘Because I Can’ campaign, created by the Los Angeles agency Anomaly in partnership with an in-house Diet Coke team, is directed at millennials and aims to encourage consumers to simply do what they want.

The 30-second TV ad, created by Blur films, will air from the start of March and mirrors the US campaign but replaces American actress Gillian Jacobs with a UK protagonist. In the TV ad the woman speaks directly to the camera and says: “Look, here’s the thing about Diet Coke. It’s delicious. It makes me feel good. Life is short. If you want to live in a yurt, yurt it up.”

Howlett says: “It fits around the Coke lifestyle and around us really connecting with Diet Coke consumers’ attitude to life. They are making very confident choices for themselves in an unapologetic way.”

The TV spot will be supported with above-the line activations including bus advertising and digital marketing, with the out-of-home created by agency The Corner. The company will also use extensive sampling instore to recruit new consumers.

“What’s slightly different this time round is our investment is flipped slightly differently because it’s not only about continuing [to connect to] our VIP brand fans but recruiting a new generation,” Howlett says.

The campaign seems to mark a departure from Coke’s ‘one brand’ strategy as the Coca-Cola master brand is noticeably absent in the advert. Yet Howlett denies Coca-Cola is moving back to focusing on its product variants rather than the Coca-Cola brand.

Innovation has been an increasing focus at Coca-Cola since James Quincey took over as CEO last May. The company has pledged that 50% of its revenue growth in Great Britain will come from innovation by 2020 and is set to launch a number of new brands in the UK this year, including Fuzetea, Honest Coffee and AdeZ.

“We’ve taken on a significant amount in terms of expanding our portfolio. We know that consumers consume a number of drinks within their day so we want to reflect that,” Howlett says.

The company is also planning to introduce new Sprite and Fanta flavours. “Our time is spent on not just new brands but innovation within brands and we are on target for our 2020 pledge,” Howlett says.

She adds: “It’s an exciting time to be working at Coca-Cola as there is lots more to come.” 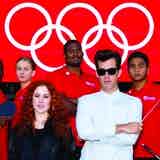