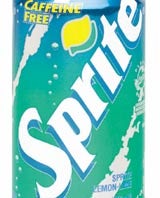 Coca-Cola Great Britain is to launch the first extension of its lemon and lime soft drink Sprite. The variant, which will be on sale early next year, will include the natural herbal stimulant guarana.

Sprite X is a guarana and cranberry blend and signals Coca-Cola’s intention to develop products which seem healthier to consumers.

Sprite is aimed at streetwise teenagers and has cultivated links with graffiti artists and sound system dance music.

In May this year it hired “urban artist” Mr Jago to design a series of limited edition cans to boost the brand’s credibility with its target market. The brand also sponsors the Sprite Urban Games held on Clapham Common, featuring breakdancing, BMX biking and other urban pursuits.

The company spent &£2.6m advertising Sprite in the year to September (Nielsen Media Research). Lowe developed a new positioning for the drink in its campaign, first launched in June last year.

The ads featured an elf-like creature, created by Jim Henson’s Creature Shop, being served up to people who order a can of Sprite. The campaign carries the strapline “Obey your thirst” and featured voiceovers by actress Kathy Burke. Coca-Cola is considering changing the name of Diet Sprite to Sprite Zero in the US and reformulating the product to coincide with the 30th birthday of the drink. In the UK, Diet Sprite was renamed Sprite Light in 1996.