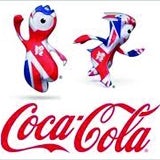 About two in five consumers are aware that Coca-Cola, which has sponsored the Olympics since 1928, is an official supporter of the 2012 Games, according to News International’s Track and Field research.

Visa and Lloyds TSB, the two partners with the greatest above the line presence recently due to their roles in the ticket application process, prompted Olympic brand awareness scores of 25% and 22% respectively.

British Airways, which recently unveiled its Olympic campaign aligning the brand with developing British athletic talent, was recognised by 23% of people as an official sponsor of the Games.

McDonald’s is the second-most recognised Olympic partner, with one in three consumers aware it is an official supporter.

Consumers say the most important values brands should display in their Olympic campaigns are: developing British talent, GB athletes and healthy lifestyles.

About one third of consumers said content around GB athletes would be the most likely to engage them.

Claire Myerscough, business intelligence director at News International, says: “It is important for brands to look carefully at the reasons behind their partnership. Are they supporting the Olympics solely to increase their presence for the duration of the Games or are they using it as an opportunity to develop their brand identity?”

The News International Track and Field research surveyed more than 1,500 people on a range of subjects to gauge their attitude towards the London 2012 Olympic and Paralympic Games in February 2011.