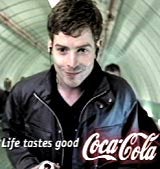 Coca-Cola has launched a major advertising campaign to promote some of its major soft drinks brands. Five separate campaigns will break in early May.

Diet Coke, in its latest project, is targeting women who are “sassy and don’t take themselves too seriously” in a series of three new ads.

Dr Pepper will also launch its first locally developed advertising since Coca-Cola GB acquired the brand. Alive, a brand which has been specifically developed for the UK market, and targets young teenagers, will use four different ads asking youngsters for their views on what it means to be alive.

A “Fanta Best Mates Challenge” will be launched on May 1, with a series of ads about real teenage friends. It will be supported by a nationwide casting campaign to pick UK teenagers for a second wave of ads breaking on June 11.

Tom Long, Great Britain and Ireland division president, says: “Led by Coca-Coca, we have a strong and diverse set of campaigns which build on the evolving relationships our consumers have with our brands.

“We hope these new campaigns will bring a lot of excitement and energy to the market.”

HSBC is introducing a range of retail discounts, competitions and special offers for credit card customers, tailored to their spending patterns, after failing to increase its share of the credit card market. A spokeswoman for the bank says the move is “in line with HSBC’s policy of trying to get to know our customers a […]

Pret a Manger is seeking its first dedicated head of UK marketing, as the sandwich and coffee shop chain expands overseas. The role will entail full day-to-day responsibility for the marketing of the chain’s UK outlets, with a focus on promoting stores outside London. The successful candidate will report to Pret’s international head of marketing, […]

Despite a plethora of new and innovative media, consumers still consider TV the most effective, informative and responsive medium for advertising.