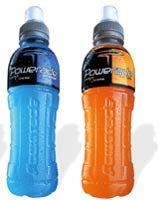 Coca-Cola is to compete with GlaxoSmithKline’s Lucozade Sport drink in the European market, with the relaunch of its Powerade sports drink. The company has appointed Wieden &amp; Kennedy (W&K) Amsterdam to create the advertising for the launch.

Although Powerade has been on sale in the UK since April, it will be repackaged and allocated an undisclosed, but large, advertising budget. Coca-Cola claims this is its most significant European launch since Diet Coke over 20 years ago.

The launch will be backed by a large-scale advertising campaign developed by W&K, which will launch in mid-to-late November.

Coca-Cola Great Britain has developed the brand positioning, look and reformulation of the drink. Three new flavours will be available – called Ice Storm, Gold Rush and Citrus Charge – based on berry, mango and citrus flavours. The packaging features a “squeeze and glug” 500ml bottle with a sports cap.

The new flavours, which include an isotonic “Liquid8” formula, will initially be available in gyms, specialist sports shops and leisure centres. Distribution to major outlets such as supermarkets will be in place from January.

Coca-Cola GB marketing director Charlotte Oades says: “Both the product and the packaging performed extremely well when tested against existing sports drink brands. By providing a product that delivers exactly what consumers want, we are confident that Powerade will redefine the sports drinks sector.”

Microsoft is sponsoring three supplements in The Daily Telegraph to promote its Windows XP operating system. The 16-page tabloid supplements will be carried on three consecutive Saturdays, beginning this week (October 20). The first supplement features an advertorial about the XP system, which is released on October 25, while the others will look at home […]