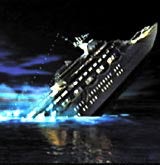 Coca-Cola is understood to be reviewing the &£5m advertising account for its Dr Pepper brand in the UK, held by Young &amp; Rubicam’s European office based in London.

The company has approached a number of London agencies about the brief for the brand, which it acquired from Cadbury Schweppes Beverages as part of last year’s $1.85bn (&£1.1bn) deal.

Coke also bought Oasis, Crush and the Canada Dry range in all markets, except in the US, South Africa and France.

In the past, the brand has used ads by Y&R’s New York office.

Y&R’s most recent TV ad for Dr Pepper, based on the film Titanic, was launched in April (MW April 4) and is still on air. It was the first campaign for the fruit-based drink brand since Coke bought it.

Now Coke is understood to want to take a different strategy for the brand, which launched in the UK five years ago.

The media account, handled by Universal McCann, is not believed to be affected by the review.