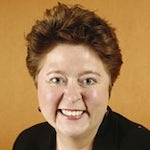 Coke confirmed that the role of GB marketing director, held by Cathryn Sleight, will cease to exist as a result of the changes being made to the business. Sleight has opted to leave Coke and “GB” marketing will move into the North West Europe & Nordics region.

Coca-Cola GB president Sanjay Guha will assume the new role of marketing and Olympics director for the region.

As part of the consolidation, which was first revealed by MarketingWeek.co.uk, the four business units will be Iberia, Germany, NWEN and Central & Southern Europe.

Michel Gotlib has been appointed integrated marketing communications director. On an individual brand level, Nick Robinson, formerly brand director for sparkling beverages for Coca-Cola GB, will become My Coke director (Coke, Diet Coke and Coke Zero) and Philippa Classey will take the role of business manager for Glacéau, having in 2008 launched the vitamin water brand in the UK.

Dominique Reiniche, president of Coca-Cola Europe, says: “The changes will simplify the way we operate in all areas of the business. This will drive efficiency by enabling us to be faster to market and to increase the scale of our activities across Europe.”

Gotlib says: “We look forward to developing more multi-country, multi-platform, integrated marketing campaigns that resonate with our consumers regardless of their location.” Joe Tripodi, chief marketing and commercial officer of Coca-Cola, thanked Sleight for her work, particularly for helping the Coke range break through the £1bn sales barrier last year.