To support the changes, the soft drink brand has worked with four different agencies – Mercado-McCann, Sra. Rushmore, Santo, and Oglivy & Mather New York – and will launch 10 TV ads across 2016. These are designed to give “intimate glimpses” into the experiences people share while drinking Coca-Cola.

This will begin with the global TV spot ‘Anthem’, which shows Coca-Cola’s impact on social situations such as ice-skating with friends, a first date, a first kiss, and a first love. It features a new original song by Australian singer Sewell, which includes a new audio signature inspired by sounds such as the pop of the cap and the fizz of a Coca-Cola.

In the UK the campaign will kick off with a TV ad entitled ‘Brotherly Love’.

Coca-Cola was also keen to talk up the customisable nature of ‘Taste the Feeling’. A seperate online campaign made up of GIF scenes has been created in a bid to boost viral shareability and allows users to pull a GIF scene directly from a microsite.

They can then personalise the scene with real-time feelings and share it on social media under the #TasteTheFeeling hashtag.

“The universal moments and storytelling depicted in the campaign were created to resonate with our consumers globally,” says Rodolfo Echeverria, VP of global creative, connections and digital at The Coca-Cola Company. “The same images and TV creative in Japan will also be seen in Italy, in Mexico and around the world.”

De Quinto said the ‘One Brand’ strategy will provide consumers with ‘more choices’ as the brand aims to promote responsible health choices in light of global calls for a crackdown on sugar.

“The new ‘One Brand’ approach will share the equity of Coca-Cola, across all Coca-Cola Trademark products, reinforcing our commitment to offer consumers choice with more clarity,” de Quinto added.

Staying true to its values 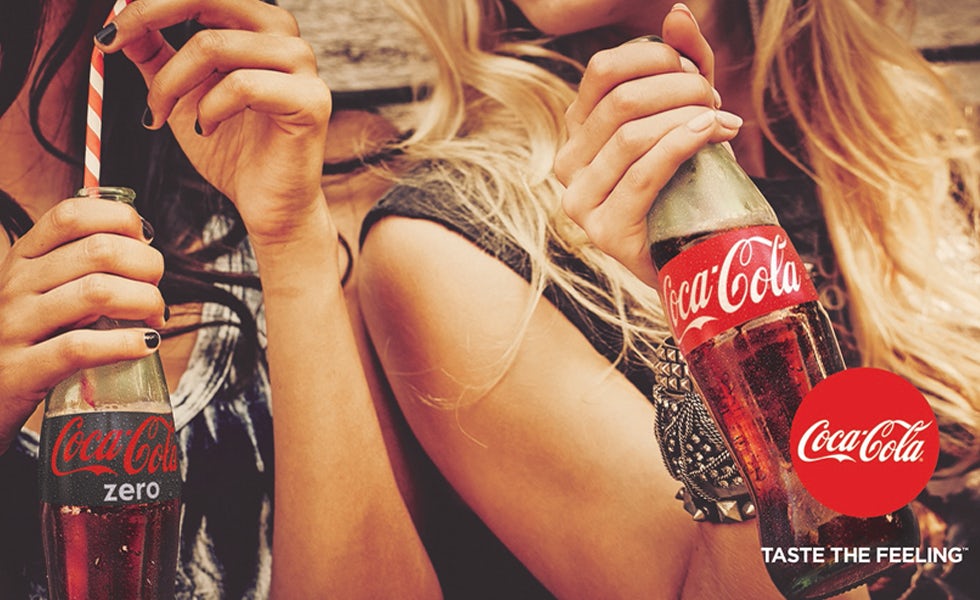 Speaking at an event in Paris today (19 January), de Quinto said Coca-Cola had been inspired by Disney to stay true to its brand values. He believes the ‘One Brand’ global strategy will offer Coca-Cola “more balance” moving forward.

He said: “When you’re a big brand it is important to avoid erratic behaviour. Disney is an example of consistency as you realise they are always talking consistently about the same story. We want to be true to our story in the same way.”

Admitting that the food industry is currently “facing challenges related to over-consumption of sugar” he added that Coke’s move to roll-out sugar-free items wasn’t enough.

“Fortunately, we are able to have products with zero sugar but we still don’t feel that’s enough,” he added. “That’s one of the reasons we are now shifting our strategy as we want to keep accelerating our responsibility.

“So far our strategy has been, when we had an ingredient we wanted to limit, to launch an entire new brand with different values and a new personality. This strategy of generating sub brands and not variants has created some distortions as to what the main brand is. Now we’re going to have one brand with multiple variants.”

Coca-Cola will be hoping ‘Taste the Feeling’ can revive flagging sales. In Europe, Coca-Cola’s revenues were down 7% to $1.3bn while operating loss widened by 4% to $722m in the three months to the end of September.