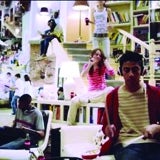 Coca-Cola is targeting teenagers through a global ad campaign that appeals to their love of music.

Wieden & Kennedy Amsterdam created the ’Walls’ TV ad that features a track called Can You Feel It by emerging band One Night Only.

The track is making its debut on the TV ad that depicts teenagers from around the world grabbing a Coke and dancing to music.

In order to drive engagement, teenagers will also be able to see themselves in an interactive music video that has been shot for the Can You Feel It track.

Those who want to appear in the interactive video can film and upload their own video content via a microsite, which they can later share with friends through social networks.

Creative from the advert is designed to show the universal teenage ritual of “cranking up the stereo and enjoying a moment of release through music at the end of their day”.

The brand hopes that the campaign depicts the universal nature of music and Coca-Cola by featuring hundreds of teens of different nationalities in the advert, alongside One Night Only.

The initiative is the latest instalment of Coca-Cola’s Open Happiness campaign, which has now launched in over 200 markets.

Coca-Cola global advertising strategy VP Jonathan Mildenhall says the music-themed campaign has been designed to cater for the teen market who “are the most demanding target audience as far as creativity is concerned”.

The Walls campaign is the beginning of a marketing push called under the Coca-Cola Music banner for this year and that will also see Maroon 5 working on a track in real time with fans via new technology. 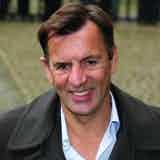 Dragons’ Den star Duncan Bannatyne says MDs and owners of companies should use Twitter to actively sell their products.

More service-led companies are using voucher schemes to partner with trusted retail brands and share the benefits of increased sales and prestige. Money-off vouchers have been around since brands were invented, but when two brands get together to offer deals in partnership, the benefits for both can be considerable. And in this culture of consumer […]

Click here to read the cover feature: Ann Lewnes, senior VP of marketing, AdobeClick here to read about Adobe’s CSR Marketing Week (MW): Your tools are expensive, and some go up against cheaper alternatives. Does any of that force down your price points? Ann Lewnes (AL): Our products are the best in every category, so […]