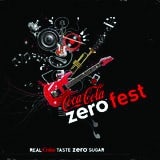 The EC has decided to authorise the use of the zero-calorie stevia plant as a sweetener in food and beverages. Sweeteners made from stevia are already used in several countries including the US, Japan and Canada, but in Europe its use has only previously been allowed in France.

Coca-Cola has used stevia in its Fanta Still product France since 2010, which it says now has 30% less sugar than before.

The company introduced its first zero-calorie product, Coca-Cola Light, 30 years ago. Now two thirds of its brands have low, or no-calorie options, with 30% of the total volume of its 140 brands sold in Europe coming from low or no-calorie categories.

Sweetener manufacturer Cargrill says the European sweetener market is valued at $500m (£314m), which will increase by an additional $100m (£63m) following the EC decision to allow stevia to be used across the region.

Coca-Cola says it will support education campaigns from stevia producers such as the International Stevia Council to promote the benefits of the sweetener.

Earlier this year, the Department of Health launched a responsibility deal to promote healthy living. More than 170 brands have signed up and pledged to support responsible eating and drinking.

Health secretary Andrew Lansley said last month that he wants the food and drink industry “to extend and intensify their efforts to help people make healthier choices” in a bid to slash five billion calories off the nation’s daily diet. 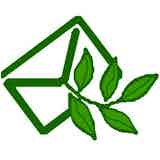 The Green Preference Service (GPS), the DMA supported initiative that aims to cut the amount of unwanted mail by handing consumers a choice of receiving DM by post or email, has signed up more than 40,000 people since launching in June.