The ‘What Are You Waiting For’ ad, which promotes the theme of happiness and is the first new creative since the soft drink giant announced its new marketing strategy, is the start of an ‘exciting’ new direction for the brand according to Bobby Brittain, marketing director of Coca-Cola Great Britain & Ireland.

“This campaign also marks the start of a new direction under our one brand strategy, and we have exciting plans which will bring this ambition to life over the next few months,” he said.

“At Coca-Cola we have a rich 129-year long history in providing moments of happiness and with this campaign, we are motivating people to go further and to take action by choosing happiness.”

The ad, which was designed by Ogilvy Amsterdam and features music by Amsterdam-based rapper HT, will air over the next four weeks on TV and online, with the full 60 second version set to be shown at cinemas. The campaign will also be supported by out-of-home advertising, promoting the full choice of the main four Coca-Cola variants.

The move by Coca-Cola to unify its four main variants comes after consumer research commissioned by the company revealed that half of its consumers weren’t aware that Coke Zero has no sugar and no calories, with many unclear about the different between Coke Zero and Diet Coke.

In March, Brittain told Marketing Week: “We’ve failed to communicate clearly enough the product differentiation and this is a major wake-up call for us. We need to ensure that we are enabling consumers to make an informed choice.”

However, the ‘One Brand’ strategy will not equate to a drop in marketing spend, as the company claims it will increase investment both in the whole Coca-Cola portfolio and in each of its individual products.

The latest campaign, which is part of a drive to push the theme of happiness throughout Coca-Cola’s EU markets, follows the launch of its March campaign, which utilised dead celebrities Marilyn Monroe and Elvis Presley to celebrate the 100th anniversary of its iconic contour bottle.

Coca-Cola, which has talked up its investment in ‘creating efficient and global campaigns’ and procurement process, said the campaign was proof of an improvement in its advertising.

UK sales for the company’s total cola variants were down 1.1% year on year to 31 January, with volume down 2.2%, but although Coca-Cola and Diet Coke were also in decline, Coke Zero saw sales growth of 7.9% year on year and volume growth of 2.8%. 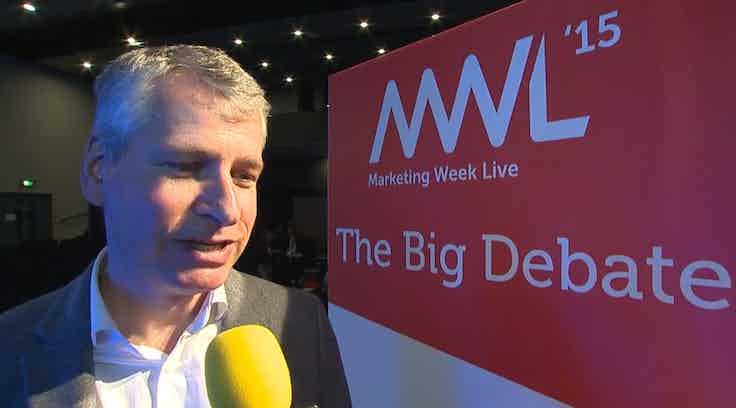