Coca-Cola is launching its first advertising campaign focused on encouraging customers to recycle, as part of the drinks company’s aggressive strategy to cut its carbon footprint.

The “Keep it Going. Recycle” campaign is being launched to support the expansion of Coke’s Recycle Zone initiative.

As part of the scheme, Southampton becomes the first city centre where Coca-Cola will launch branded recycling bins.

The campaign was created following research undertaken in partnership with the Carbon Trust, which found that packaging accounts for the largest proportion of a drinks company’s carbon footprint.

It also says that by recycling a Coke can or bottle consumers can reduce the carbon footprint of the individual drink product by up to 40% and make a major difference to the environment.

Coke says consumers are staying true to their “green values” in the face of the recession, with recycling remaining a key concern.

It points to research carried out by Millward Brown and RDSi, which found that 79% of consumers interviewed agreed that companies should be making changes so that when they buy their products they feel as though they are helping the environment.

Coke Recycling Zones have already been set up in Thorpe Park and Manchester Airport, but it is the first time the company has launched advertising to support the initiative.

Coke plans to create 80 Recycling Zones by 2011, at locations including theme parks, such as Alton Towers, shopping centres and major international travel hubs.

Coke Great Britain president Sanjay Guha says: “Sustainability is at the heart of everything we do. Without sustainable, healthy communities we won’t have a sustainable business. Which is why, as well as taking action ourselves, we’re committed to helping consumers to do their bit as well.”

The Sun has overhauled its mobile site to bring it more closely in line with its website, with plans to roll out extra features including video content and personalisation. 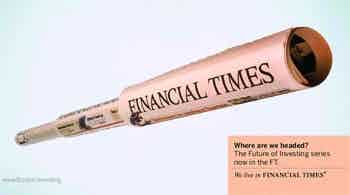 The Financial Times is launching a global integrated ad campaign to support its Future of Investing series of ‘post-credit crunch’ journalism.