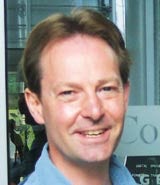 Codemasters worldwide marketing director Ken Johnston has left the computer games publisher in the latest in a line of changes to the company’s top management.

It is understood Johnston, who was appointed only last May after leaving his post as marketing director for the Whitbread-owned David Lloyd Leisure health club chain, does not have a job to go to (MW May 13, 2004).

Johnston’s role will be axed, but recently appointed senior vice-president of brand Barry Jafrato will oversee his marketing responsibilities. Jafrato was previously managing director of international publishing at Acclaim Entertainment.

Johnston was in charge of an advertising budget of about &£10m and headed a 40-strong marketing team in the UK as well as teams in France, Germany, Spain and the US. During his earlier career he held the positions of marketing and sales director at holiday camp operator Butlin’s, and brand marketing director at Pepsi.

Last month Codemasters appointed Rod Cousens as chief executive, and Tony Williams to the new role of chief operating officer. Cousens was previously chief executive at Acclaim and Williams arrived from Bam! Entertainment, where he was managing director and vice-chairman.