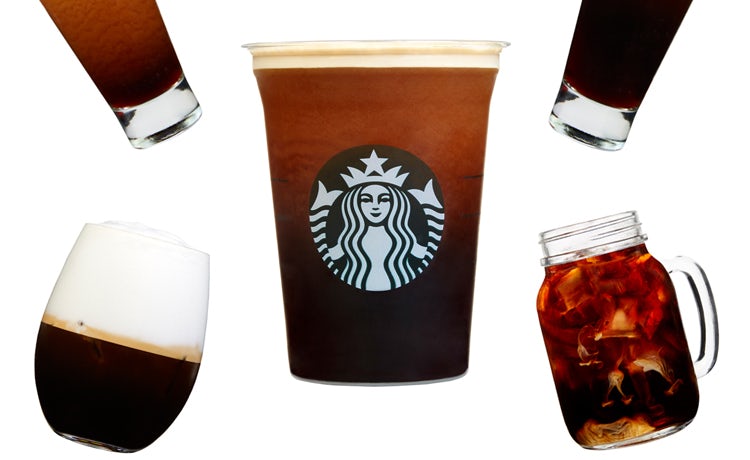 Starbucks is focusing on cold coffee in a bid to respond to changing consumer trends and attract a younger audience into its stores.

The line-up includes Starbucks Nitro Cold Brew, which uses nitrogen to “unlock the natural sweetness of the coffee”, Cold Brew Vanilla Sweet Cream, and Cappuccino Freddo – a dark espresso that is poured over ice and slightly sweetened, then topped with a cold foam made with skimmed milk.

Starbucks Cold Brew Vanilla Sweet Cream and Cappuccino Freddo will be available in Starbucks stores nationwide from early May, while Nitro Cold Brew will be launched across 100 stores in the UK this summer.

Speaking to Marketing Week, the brand’s senior innovation manager for EMEA, Rachel Chatterton, says Starbucks has predominantly been known for its hot espresso-based beverages, but that it is eager to change this in light of changing consumer habits. It also hopes it can help address misconceptions around coffee and provide healthier alternatives.

There’s still this perception with hot coffee that espresso can be bitter, and it’s not for everybody. What we’re finding particularly with some of our younger customers is cold brew is their new way in.

“Although we’ve always offered iced espresso and iced lattes, it was amazing how customers just didn’t know or hadn’t really previously in huge numbers been interested in cold coffee. But in the last couple of years, we’ve identified this massive trend towards iced espresso, cold brew, and different methods of enjoying coffee,” she says.

“There’s still this perception with hot coffee that espresso can be bitter, and it’s not for everybody. What we’re finding particularly with some of our younger customers is cold brew is their new way in. For customers that aren’t wanting a Frappuccino, it’s a more light option. It has very few calories, no sugar and is always brewed on site.”

The focus on cold coffee follows on from the Teavana launch last summer, in which Starbucks made its range of loose leaf and shaken iced teas available to UK consumers. There will be a “similar” marketing campaign for the Cold Craft Range to the Teavana launch, including print and digital activity.

Starbucks’ craft focus seems to be in stark contrast with McDonald’s most recent campaign (see above), in which it took a satirical swipe at coffee innovations. While Chatterton thought the ad was “fantastic”, she emphasises the coffee innovations are about “brewing in a simple form”.

“Although this looks complicated, actually it’s very much about brewing things in a simple form. Yes, we’re using a high piece of technology, but all we’re doing is taking coffee and adding nitrogen to it. It’s very different to what people have had before,” she says.

Going forward, the brand is eager to push boundaries “even more” and keep innovating when it comes to its hot coffee, cold coffee and tea range.   As she concludes: “What I’m excited about is that you can innovate in all three spaces and allow new people to come to Starbucks who might not have thought of us before. Expectations of what customer want to drink, even compared to five years ago, are so different, so we have to continue to push our boundaries and innovate. We can do a lot of creative stuff.”

Insight is one of the categories at this year’s Marketing Week Masters of Marketing awards, taking place on 3 October. Entries are now open. To find out more visit www.festivalofmarketing.com/awards