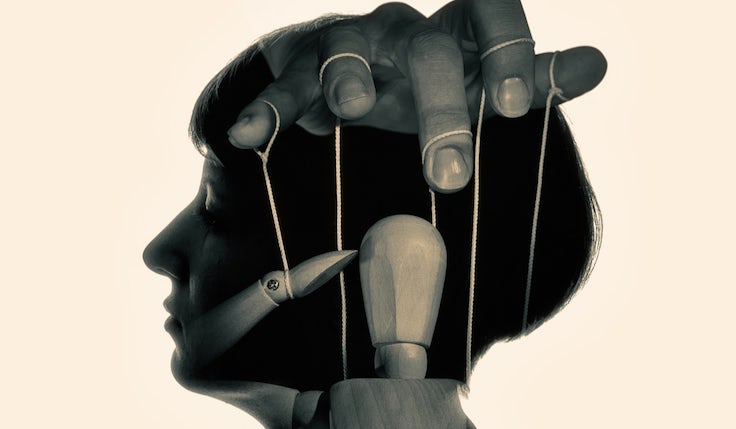 A most distinct memory of my first job as a clueless marketing assistant was the day I was thrown a set of keys to a well-used blue van. Said blue van was weighed down with boxes of jams and marmalades, and my boss told me to drive the van around the country – starting the very next day – to check out the stores and find out what was actually going on in the market.

The company had bought a kitchen table jam-making operation that had some success in getting distribution with smaller stores, and we – as the bigger brand – felt we could increase its success through our great distribution power and proper manufacturing facilities. In fact, we did succeed, transforming it from stirring large pots of jams in a kitchen to a pristine plant making own-label preserves for Marks & Spencer across Europe.

The first step to being an expert is choosing to be

But that was way off in the future. Much more pressing was ascertaining whether the company had bought ‘a pig in a poke’. Your columnist’s job was to get behind the wheel of the blue van for the following few months and find out.

Turns out that the sum total of due diligence on the customer base was a couple of sheets of paper with customer names, with wildly inflated estimated sales per store and per chain. And, of course, part of the price included the aforementioned blue van chock-full of preserves. I learned very quickly about the importance of merchandising and the reality of what happens in-store – as well as the role of effective weight distribution when driving a van.

A couple of weeks into my cross-country van driving, selling and merchandising adventures, it became clear that the customer names and sales figures on the sheets of paper were 90% fiction. We would have to rebuild everything customer by customer and store by store. That fact was not well received by my boss.

My most abiding memory from the whole adventure was the conversation where she mused about what was the ‘real’ issue, now that the whole shebang appeared to be struggling. Was it the brand? Perhaps the customers don’t like the taste? Was it the label? Maybe it’s not designed well-enough? Perhaps the logo was not clear? Maybe the competitors’ design was better?

Byron Sharp might call it ‘physical availability’. I did not know such fancy labels at the time. All I knew was that my answer was not the one the boss wanted to hear. Another fancy label that I could have used in this instance was that she was suffering from ‘cognitive dissonance’. Or maybe I was.

The consequences of cognitive dissonance

I had read about the meaning of cognitive dissonance during my days spent studying Philip Kotler as an undergrad. I thought it was a wonderful term. The words rolled off the tongue beautifully and made you sound vaguely intellectual.

The term was coined by Leon Festinger in 1957. It is used to describe the mental unease and discomfort we feel when faced with two conflicting beliefs or attitudes, because we all prefer consistency in our ideas, attitudes and perceptions. Festinger’s idea of cognitive dissonance was a big one: it was described by another academic in the field, Henri Zukier, as “social psychology’s most notable achievement”.

When evidence comes in that what we believe in is patently false, it confronts us with a dilemma.

Festinger was a man after my own heart; he was not only interested in laboratory experimentation and research, he stressed the importance of studying real-life situations. Clearly a braver man than me, Festinger practiced what he preached when he personally infiltrated a doomsday cult. In fact, he wrote a book about it, When Prophecy Fails, describing a group who claimed to have received messages from “the Guardians” that a flood would destroy the world on 21 December 1954.

Festinger examined the conditions under which disconfirmation of beliefs actually leads to increased conviction – called ‘belief perseverance’. When the apocalypse never happened, the cult members did not abandon their beliefs, instead they believe them more strongly, with increased conviction. Festinger pointed out that cult members actually recognised that there was evidence that said their views were wrong, but still went on with the belief with even more fervour due to support from other believers.

When we come to believe in something – for whatever reason – and when evidence comes in that what we believe in is patently false, it confronts us with a dilemma, just like my boss had back in the day. Her ‘frame’ was that any issues around lack of sales were due to issues around the brand. Mr Naivety – me – did not know any better, so I just spoke about what I saw in the marketplace and took it at face value, and stuck to my guns.

The dilemma for my boss, for me and for you – as humans – is that it’s very difficult to admit that you were wrong, or even stupid. It’s is the last thing someone will admit. The alternative is, instead of believing the evidence, you double down on your initial belief – belief perseverance – and say it’s the other person who’s wrong.

Apparently, the thing about a cult is when you’re in a cult you have no idea that you’re in it. The nature of a cult is it envelops you in a narrative of what is ‘real’ – and trying to wake cult members up drives them deeper into their narrative.

The last few months I have felt that much of the discourse in marketing media and online was entering cult-like territory. In fairness, the wider media can be included in this – and of course, you can point the figure at my suspect reading choices. I cannot be the only one working in marketing suffering from cognitive dissonance – that feeling of discomfort reading the conversations from those working marketing and advertising, and thinking, ‘that is not how others are seeing things’.

Tom Roach, head of effectiveness at BBH, writes that “it’s quite easy to cherry-pick examples to make whatever case you want”. Naturally, that is exactly what I am going to do and select topics that cause me lots of cognitive dissonance, such as sustainability and the environment, the pandemic, and brand purpose. So, here are some cherry-picked examples of what real people are actually doing in the last few months that fly in the face of the sustainability and social activism narrative:

As for brand purpose, Professor Byron Sharp, like Mark Ritson of this parish (and myself, for that matter), is deeply sceptical about brand purpose. Sharp makes a great observation about brand purpose poster child Ben and Jerry’s. He asks: “How many consumers on the street have any idea about that. I think they would say: “That’s the one with cookie dough isn’t it?'”

A true brand purpose doesn’t boost profit, it sacrifices it

Tom Roach from BBH answers the question ‘does brand purpose really drive profit?’ by saying “yes it can, but mostly it probably doesn’t”. Roach really hits at the nub of the problem – what he elegantly calls “pseudo-purposeful brands”. These are the brands for which purpose is just a new ad campaign claiming to try and solve an issue like gender or racial equality, or toxic masculinity or “whatever the most resonant topic is that their social listening data says is trending with their demographic that month”.

Recognise you don’t believe in the cult

It’s no surprise that the phrase ‘drinking the Kool-Aid’ –  defined by Wikipedia as having “an idea or preference due to popularity, peer pressure, or persuasion” or “extreme dedication to a cause or purpose” – comes from what happened in an American religious cult in the commune of Jonestown, Guyana, in 1978. Over 900 members of the People’s Temple, led by conman Jim Jones, drank a poisoned drink (actually Flavor Aid) believing they were about to be attacked by American forces.

Reach group insight director Andrew Tenzer’s ‘Empathy Delusion’ research shows people in marketing and advertising “unconsciously see, experience and interpret the world differently to large swathes of the UK population”. It’s a bit of a stretch to Jonestown, I know, but we do have our own cult, with our beliefs and associated heresies, and it acts as a veil or filter that might not be helping us.

The cultural and economic experiences of people in our industry are not representative of the mainstream.

Many of us working in marketing and advertising were upset and, as Sharp pointed out to Campaign, “surprised about the Brexit vote, then Trump’s nomination, then Trump’s election win, then Boris Johnson’s landslide election”. However, as Sharp added, “at a certain point you have to stop getting surprised and realise you’ve got something wrong”.

Tenzer’s follow-up research, the ‘The Aspiration Window’, observes that the cultural and economic experiences of people in our industry are not representative of the mainstream (more a fact than a criticism). The fun bit from the research is that no-one – neither the ‘mainstream’ nor marketing and adland, believe blabbing on about social virtue influences buying. Yes, even the proponents of the messages around ‘concern for the environment’, ‘position on social issues’ and ‘political stance’, the marketers and advertisers themselves, put little faith in social virtue-signalling.

Just like the cognitive dissonance that I ascribed to my boss in our strategy tiff over jams and marmalades, I suggest we use the dissonance to see the other side. In the end, both my boss and I were right, just on a different timeline.

One of the few benefits of getting older is that I’m actually not as secure and certain of my ideas. I can see they are just a hodgepodge of things I picked up along the way. I try to see my current ideas and decisions as the latest iteration of what I’m learning through direct experiences – like driving the blue van around the country – and combining this with reading, observation and research.

Drinking the marketing Kool-Aid will not make you a great marketer. As professional marketers, we must deliberately poke around ideas that run counter to our perspective and beliefs. We must see the nuance and avoid black-and-white thinking. 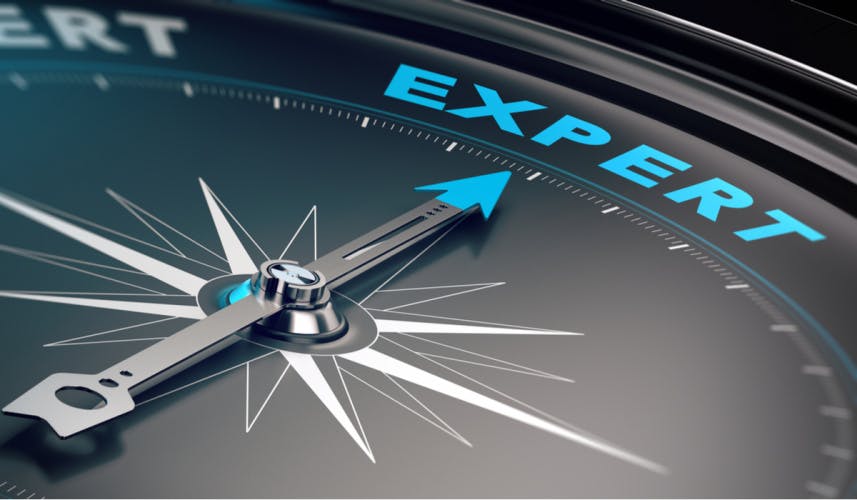