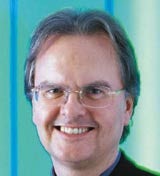 The Government is beefing up the role of COI Communications chief executive Alan Bishop in time for the General Election, with new powers to gather intelligence on the way the media and the public perceive government policy.

Bishop’s new powers mean that the COI will oversee the Government News Network (GNN) function, after a gap of four years following its move away from the COI to the Cabinet Office to deal with issues such as the foot-and-mouth crisis in 2001.

GNN, the regional news information arm of the Government, is being handed back to the COI to give the department a regional dimension.

Bishop’s extended responsibilities will also include a briefing and monitoring role in crisis management and emergencies.

The GNN serves the English regions, Scotland and Wales. It also advises government on regional delivery of national campaigns.

Bishop meanwhile is busy overseeing the COI’s £157.6m advertising and creative review. He is also reorganising the Government’s account management structures in an attempt to obtain “best value possible for the UK taxpayer”.