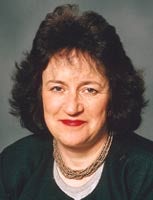 COI Communications (COI) is to set up an affinity partnership unit in an effort to strengthen its sponsorship division.

The new division, called partnership marketing, will be part of the COI’s sponsorship division, and will drive strategic partnerships with both commercial and non-commercial partners for various Government campaigns.

The sponsorship division has run various partnerships in the past, but this will be the first time that the COI has formalised affinity partnership as part of its advertising remit.

Last year, the COI struck a deal with retailer Woolworths for the retailer to distribute free fire alarms to consumers.

Carol Fisher, who is stepping down as COI chief executive later this month, recently accused advertising agencies of failing to satisfy their clients’ needs by embracing the full range of marketing disciplines. During the 2000/01 financial year, the COI spent almost £300m on various initiatives encompassing advertising, direct marketing, sponsorship and new media.

COI is due to reveal its advertising spend for the financial year to April 2002, on Wednesday 24 July, as part of its annual report. It is expected to reveal a lower figure than last year’s all-time record of £192.4m.