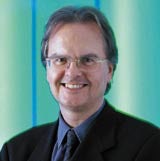 COI Communications is to embark on one of the biggest restructures of its agency relationships this week, as it announces the list of creative shops that will handle its &£157.6m advertising business.

The shake-up of the roster, following a statutory review, is being led by chief executive Alan Bishop, who is thought to be increasing the number of agencies on the roster from 28. It is thought that a number of incumbent roster agencies will be dropped. Possible casualties include Grey London, Fallon, Saatchi &amp; Saatchi, Ogilvy &amp; Mather and JWT. Clemmow Hornby Inge, Vallance Carruthers Coleman Priest and Bartle Bogle Hegarty could be added to the roster with the aim of bringing in fresh talent.

Bishop is also expected to “reclassify” COI’s roster list according to various “target audience” categories such as youth; over 50s; ethnic minorities; parents; and lower socio economic groups. The agencies will also be grouped according to their capabilities, such as production of sponsorship idents or integrated pitch experience.

The reclassification of agencies with skills in various sectors is expected to help avoid any potential rebellion by government departments, such as the Home Office, which has in the recent past looked at creating an independent roster in an attempt to develop its own marketing expertise (MW April 7).

The Department for Transport, which runs its own roster, with M&C Saatchi and O&M handling creative advertising and Carat planning and buying, is in talks about re-establishing a relationship with the COI.

Downloading films and television programmes through the internet looks as though it is at last about to become mass-market reality in the UK. The time it takes to download such rich content has so far acted as a barrier to mass take-up. But with Cable &Wireless-owned Bulldog and UK Online already offering broadband speeds of […]

ViewLondon.co.uk, a website for Londoners, has hired 24/7 Real Media to help increase revenues from ad sales on the site. The website, relaunched in July, attracts over one million visitors a month.