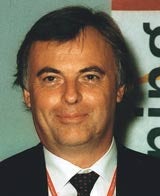 The Department for Work and Pensions (DWP) has appointed Miles Calcraft Briginshaw Duffy and Zenith Media to handle its payment modernisation business, which seeks to change the way government pays pensions and other benefits. The business is worth an estimated £22m.

A key part of the initiative is to increase the number of people having benefits paid directly into their bank accounts by 2005. Starting next April, the Government will start phasing out order books and Giros for collection benefits and pensions, with payment instead going into a bank account. The department hopes to generate savings through this initiative, and the planned advertising will reassure claimants about the proposed changes.

The agency search coincides with a major shake-up across the department. Former DWP minister Alistair Darling was recently moved to the Department of Transport, following Stephen Byers’ resignation over a series of ministerial gaffes. Darling has been replaced by Andrew Smith. The Benefits Agency and Employment Service has been replaced by Jobcentre Plus, which is to target parents and the disadvantaged.