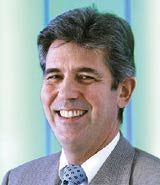 The Government is set to increase its use of mainstream media channels when trying to reach ethnic minorities. The move follows the publication of COI Communications research that shows the UK’s ethnic minority population feels that commercial advertisers frequently portray them in a stereotypical or caricatured fashion.

The research also shows that the youth media market is intrinsically multi-cultural, and popular TV stations such as Trouble and MTV Base are relevant to most young people. The study, however, recommends that specialist ethnic media are essential when communicating with older people in ethnic minority communities, who may speak little or no English.

The study is part of the COI’s Common Good Research programme, which looks at attitudes and audiences that are relevant to all government departments and public bodies. COI deputy chief executive Peter Buchanan has confirmed that spending on research is likely to increase next year, as it plans to examine the media consumption of various other groups, such as the elderly, students and truants.

Buchanan adds: “These studies will help us to tailor our campaigns in order to make government communications even more effective.”

In the past year, the COI has launched an Inclusivity Unit, set up to improve the effectiveness of Whitehall’s communications strategy when targeting ethnic minorities and the disabled (MW April 17, 2003). It has also created a black and ethnic minority agency roster.