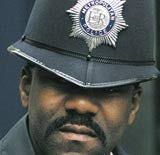 The Home Office is looking for a new contract publisher for The Sharp End, a controversial tabloid-style magazine for police officers.

The Government department launched the magazine, which is published every six weeks, in January this year after publisher Square One was awarded the contract by the Central Office of Information (COI).

However, the COI is reviewing the contract after just six months. Square One is understood to be repitching for the business.

The Home Office says the magazine is aimed at front-line police officers who normally miss out on more traditional forms of communication. It has been described as a tabloid-style magazine in the style of popular consumer magazines such as Heat and FHM.

But the publication, with a circulation of over 50,000, has attracted criticism for its approach, cost and content.

Even before its launch, the Association of Chief Police Officers expressed concern that the magazine was bypassing the police structure and existing communication channels. Other critics have called the magazine “patronising”.

The cost of producing the magazine has also attracted criticism. The first three issues were estimated to cost more than £400,000, and the overall cost in the first financial year could be as high as £800,000 – enough to recruit 36 new constables.