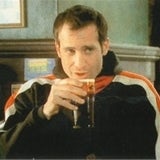 The Department for Work and Pensions is set to launch a new blitz on benefit fraudsters and is seeking agencies to work on a 3.5m brief.

The process is being handled by COI Communications. A series of meetings with creative and media agencies will take place this week, and joint pitches will be seen before the end of the month. The agency pairings are: incumbents Leo Burnett and Starcom; McCann Erickson Manchester and Naked; Cheetham Bell JWT and Ingram; and Vallance Carruthers Coleman Priest and MindShare.

A spokeswoman for COI has confirmed the procedure is in its early stages, but would only add that the Government’s objectives have “changed slightly” since the brief was last issued, so it has drawn up a new one.

Leo Burnett won the previous benefit fraud brief in late 2002. The final pitch was initially between JWT and the incumbent D’Arcy, before parent company Publicis merged D’Arcy into Leo Burnett.

It is understood that the new brief will build on the existing work that Leo Burnett created. TV, press, radio and outdoor work has appeared over the past three and a half years.