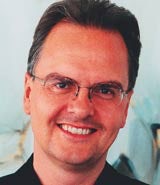 COI Communications has beefed up its Strategic Consultancy Unit, which advises the Government on the best media mix for campaigns, with the launch of an “inclusivity” division. The division will set out to improve the effectiveness of Whitehall’s communications strategy when targeting ethnic minorities and the disabled.

This is one of the first major changes announced to the COI’s communications strategies since the appointment of Alan Bishop as the chief executive. The Strategic Consultancy Unit was set up in 1999 by his predecessor, Carol Fisher.

A spokeswoman for the COI says: “The COI already has experience in targeting hard-to-reach markets, but as the UK demographic changes, this will become increasingly important. Inclusivity is important because there is a need for COI campaigns to reach markets that are not usually targeted by the commercial sector.”

According to the COI, the creation of the Inclusivity Unit has also been triggered by the expansion of the European Union. “This will mean that more people, particularly from Eastern Europe, will have the right to live and work within the UK and the Government will need to communicate with those people,” adds the spokeswoman.

The Inclusivity Unit will also analyse various COI research projects that have taken place in recent years, to provide a comprehensive picture of specialist markets in the UK.