The brand’s latest sponsorship activity will focus on young torchbearers nominated by their communities to act as Coca-Cola’s “Future Flames” as it looks to tap in to the “celebratory” mood in the days leading up to and the first week of the Games.

James Eadie, Coca-Cola Great Britain’s Olympic portfolio director, told Marketing Week its latest TV ad campaign, created by Mother, is the “tip of the iceberg” of  its Future Flames showcase, which is designed to “hero” the achievements young people have made in their communities.

Coca-Cola is also set to take over the main thoroughfare bridge to the Olympic Park during the Games to display real imagery of some of its 1,300 Future Flames.

The activity will be supported with digital content across Coca-Cola’s own platforms and social media for consumers to get more information on some of the Future Flames’ stories and their reactions to being part of the event.

About a third of the British population will have witnessed the Olympic torch relay and seen the Future Flames by the time of the opening ceremony later this month, Coca-Cola predicts.

Eadie says Coca-Cola is also looking at how to extend its Future Flames activity beyond the 2012 Games to “galvanise” the community of young people it has built and the inspiration they can bring to the country.

This could include getting Future Flames involved with its partnership with Street Games, which provides sporting opportunities to teenagers in disadvantaged communities.

Future Flames could also be included in Coca-Cola’s wider sustainability messaging, which is also another a key feature of the brand’s Olympic sponsorship.

After the first week of the Games, Coca-Cola’s marketing will refocus on “Move to the Beat”. Coca-Cola’s pavilion in the Olympic Park will invite people to play their own “Beat” using sound-enabled cushions embedded with sounds of athletes recorded by Mark Ronson.

Eadie says Coca-Cola’s Games-time activity will “revolutionise” what it means to showcase a brand. 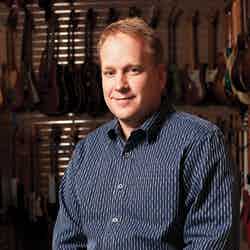