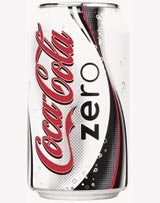 Coca-Cola is plotting the launch of a coffee-flavoured Coke variant in an effort to broaden the appeal of the drink brand.

The company is considering the names Coca-Cola Blak, Makkio or Maqio for the variant. It has registered all three names as trademarks in the US and the European Union, while websites are under construction.

The move is the latest in a number of range extensions developed by the company. In the past year, it has introduced a number of new products, with mixed results. C2, its “mid-calorie” cola, appears to be having problems in the US and a UK launch seems unlikely (MW November 18, 2004). It is also trying to generate hype around the launch of its no-calorie cola, Coca-Cola Zero, by putting a sample up for sale on Ebay, in advance of the product’s US launch in June.

The soft drinks giant recently created a department to co-ordinate global marketing, new product development and expansion plans, under the direction of its former president for Asia, Mary Minnick. At the same time, it created a European Union group, headed by Dominique Reiniche, who previously held the post of president of Coca-Cola Enterprises Europe (MW March 31).

Both moves were part of a wider restructuring initiated by Neville Isdell, who was promoted to chairman and chief executive last May with the brief to reinvigorate Coca-Cola, which has begun to lose ground to Pepsi recently.