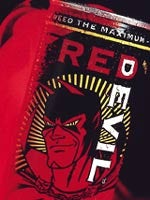 Coca-Cola is understood to be in talks to secure the global distribution rights to energy drink Red Devil.

Coca-Cola Enterprises (CCE), the soft drink giant’s distribution arm, has already struck a deal to distribute the drink in the Netherlands.

It could lead to Coca-Cola buying the Red Devil brand, raising questions about the future of its existing energy drink, Burn.

Red Devil already plans to launch a post-mix version of the drink, which would be available in pubs, clubs and restaurants.

Red Devil chief executive Thomas Lines is reported as saying discussions between Coca-Cola and Red Devil aimed at developing the existing relationship are continuing. He added the deal could involve “substantial cash”.

A spokesman for Coca-Cola claimed any deal would not result in changes to the Burn brand. He adds: “We are not able to comment on the speculation about Red Devil.”

Red Devil was first marketed in Russia in 1996 and has since been launched in more than 60 countries. In the energy drinks sector, Red Bull sells about 1 billion cans a year and is the market leader. Red Devil sells about one-sixth of that.

Burn has recently increased its distribution to include cut-price pubs and airport bars. It was originally aimed at style-conscious drinkers.