When Coca-Cola Life launched in August last year, it was meant to offer a lower calorie variant for more health conscious consumers. It has a third fewer calories and sugar than Coca-Cola and is sweetened using a blend of sugar and naturally sourced sweetener stevia.

However it faced criticism from some quarters over its positioning as a ‘healthy’ product.

Sales figures from IRI show that since the introduction of the new product in August 2014, the Life brand has grown into a £28.9m business. The line currently represents 2.43% of the total Coca-Cola portfolio.

And Coca-Cola says it is pleased with the product’s performance so far, pointing out that it is helping the brand reach its target of shifting consumers to lower and no calorie alternatives to Coca-Cola.

“Consistent with our strategy, we launched the variant to increase the choice we offer customers, shoppers and consumers and it is encouraging to see that Kantar data continues to show in the first year that over half of the volume switched into Life has come from regular carbonated soft drinks.

“With the launch of Coca-Cola Life and our continued investment focus on Coca-Cola Zero and Diet Coke we are confident we can achieve our commitment that half of the Coca-Cola products we sell will be lower and no calorie by 2020.”

Sold at a premium to a loyal following

According to IRI’s industry insight director Tim Eales this decline is driven by price. Coca-Cola started Coke Life at a lower price per litre than Diet Coke, which was 25p more expensive. Eventually Coke Life was priced higher than Diet Coke, at £1.29 per litre.

“Sales are very much driven by promotional activity, so Coca-Cola launched it at a low price. Then they pushed it up to where they believe it should be, slightly at a premium level,” he explains.

However, premium brands operate on lower volume levels, which is why the sales have fallen.

“Looking at the figures, it seems to me as though they have moved that price up a bit too fast and haven’t attracted quite as many consumers as they would have liked to the brand,” he says.

But it is not all bad news, according to Eales. In its first year, Coke Life has brought in £28.9 million in value sales, with volume sales reaching 24 million litres, suggesting it has a core group of loyal buyers.

“That has to be classified as a huge new product. The vast majority of new products would not exceed £5m in their first year as they operate in such an enormous category,” he comments.

“This is an example of a product that has sold a lot in money terms, has a core of loyal buyers and is getting a substantial premium over its nearest comparable product Diet Coke. All these things are very good.”

Analysis by Experian AudienceView show that people who search for the product are 1.9 times more likely to have incomes between £40,000 and £55,000, proving that the brand’s buyers don’t mind paying extra.

“There is a solid core of people who like the product and want to pay extra for it. Coca-Cola must be pleased, but maybe would have liked that group to be a bit bigger,” says Eales.

Coca-Cola launched Coke Life into a difficult environment marked by growing concerns around sugar and the obesity crisis.

Going forward, the brand will have to deal with changing consumer habits, says Richard Buchanan, founder of brand consultancy The Clearing.

“When you look at the challenge that Coke faces, it’s huge. And the brand recognised the problem, as it created a product that was more natural and had less sugar,” he says.

“But this leads to my biggest concern. The brands that are creating the biggest traction have authenticity at their core. While Coke Life is clearly better for you than Coke, it’s still not a healthy product. It’s a step in the right direction, but truth and authenticity needs to be central to the product for it to succeed.”

One brand success or failure?

In terms of marketing, Coca-Cola launched its “one brand strategy” in the UK in March this year, shifting focus to showcase its products under one master brand. However, experts seem divided on whether Coke Life’s message might have been “lost” as a result.

“The one brand strategy simplified the whole range and made it clearer to people,” says IRI’s Eales.

However Buchanan believes that while Coke’s overall marketing is very strong and connects with consumers, the portfolio approach might have diluted some of the meaning behind Coke Life.

“It’s difficult to say where Life fits in as a product, and the brand can’t make a huge claim as with Coke Zero or Diet Coke. They need to work out what this product truly stands for and how to sell it properly. If they crack that code, they’re onto something that could be very powerful,” he explains.

When it comes to the long-term strategy, Coca-Cola ultimately has to decide what it wants to achieve with Coke Life.

“If they want global domination, they clearly have some work to do. If they want it as a profitable line based on a niche group of consumers, then it will have satisfied their aims,” concludes Eales. 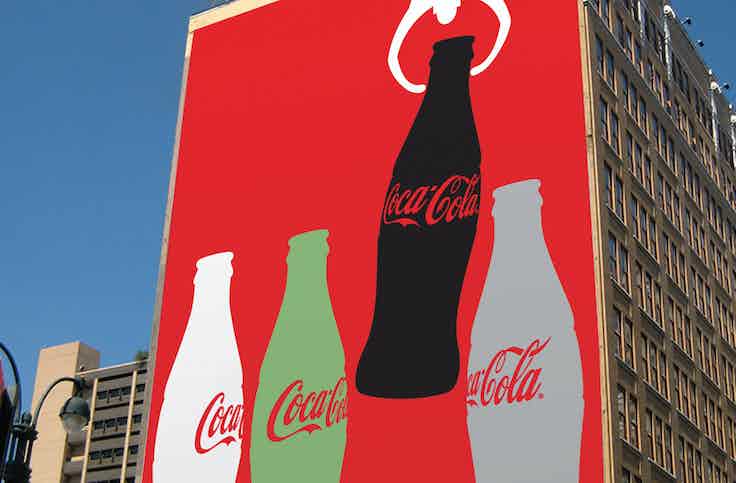