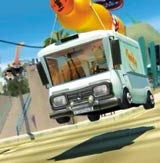 Coca-Cola is launching a Fanta Summer Fruits flavour in an effort to revive the flagging “fruit fizz” soft drinks category.

The fruit fizz category covers fruit-flavoured carbonates, with the biggest brands being Fanta and Britvic Soft Drinks’ Tango. Others include T&T Beverages.

The new Fanta variant is expected on shelves in the spring and retailers believe Coca-Cola will drop Fanta Zesty Berry to make space. The latter includes blackberry and lemon flavours and was launched in 2003 (MW December 12, 2002).

Insiders say the sector has suffered from growing consumer awareness of the sugar content of the drinks and the resultant desire for healthier drinks – particularly from parents who carry out the weekly shop.

Coca-Cola is also planning to rebrand the “light” variants of Fanta and Sprite under the banner “Zero” next month, to make clear that they contain no sugar and to make the products more appealing to men (MW September 30, 2004).