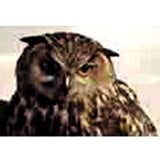 Coca-Cola is offering consumers the chance to win a walk-on part in the next Harry Potter film and a family dinner at the Hogwarts Great Hall as part of a major promotion.

The soft drinks company is also using its three-year tie-up with Warner Bros’ Harry Potter to highlight its association with the Valued Youth Initiative, a programme that trains young people to help primary school pupils with their reading.

The scheme will be given centre stage in a 30-second TV ad, which is also designed to support the promotion and the Harry Potter tie-in.

The ad, which breaks in mid-October, has been created by Leo Burnett for global use and adapted by McCann-Erickson for the UK market. It shows flying owls dropping books into the laps of children before perching on a Coca-Cola billboard. The voiceover is by Stephen Fry.

It will be the first time the brand has used TV advertising at this time of year in the UK.

Details of the promotion and the Valued Youth Initiative will also appear on all two-litre bottles of Coca-Cola.

Coca-Cola Great Britain (GB) has supported the Valued Youth Initiative for the past five years with funding for regional trials at seven local education authorities (LEAs).

The opportunity to take the Valued Youth project on board will now be open to any LEA, with Coca-Cola signed up for the next three years. Coca-Cola will also enable the young people signed up to the scheme to donate books to a school of their choice or a community library.

Coca-Cola GB marketing director Charlotte Oades says: “The excitement around Harry Potter and the commitment of Coca-Cola GB to the expansion of the Valued Youth initiative across the country enables us to connect with local consumers and support local communities in a real and engaging way.”

The eagerly anticipated film has its UK premiere on November 4 .